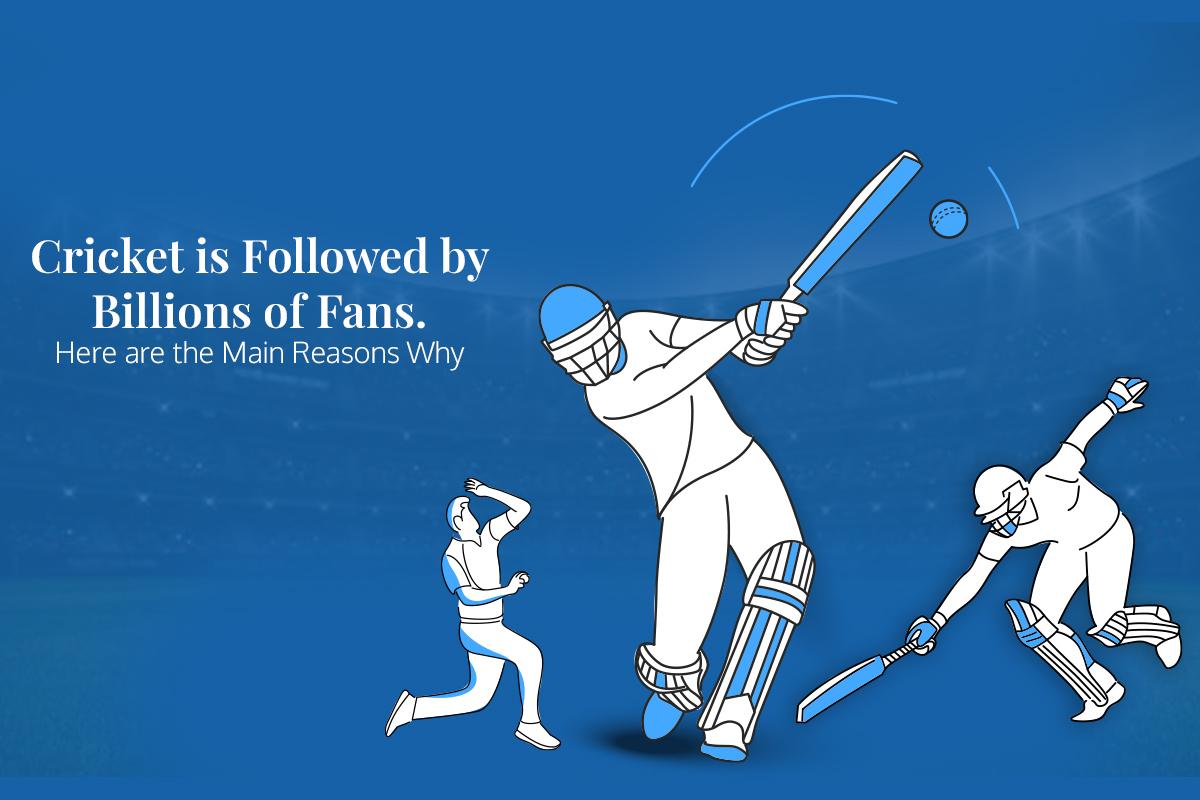 Out of all the different sports forms in the world, cricket and football occupy the top spots when it comes to the list of the most popular sports. In terms of popularity, cricket stands only second to football. Cricket, also known as the “Gentleman’s Game,” has over 2.5 billion fans scattered all across the globe. Moreover, cricket also excels at garnering massive global viewership.

According to The Indian Express, the ICC Men’s T20 World Cup, which is considered to be one of the most popular cricket tournaments, received a T.V. viewership of around 167 million. Furthermore, thanks to the popularity of OTT platforms, the sport’s viewership is rising exponentially.

Back in the day, when technology had not made it convenient for cricket fans to enjoy the sport, all fans could do was sit and wait for matches to get broadcasted on their television sets. However, thanks to the rise in technological advancements, there are numerous avenues ardent fans of the sport can explore to experience the gentleman’s game in better and more immersive ways.

For starters, cricket fans can play cricket online with ease. There are multiple web-based cricket game apps and platforms available that fans can download and install to start playing.

Such cricket games offer an enhanced and immersive experience of the sport to players, thanks to their realistic graphics and animations, exciting visual elements, distinguished game modes, top-notch teams, players, etc. All an interested individual needs to do to get started is download a cricket game, install it on their respective device, sign up on the platform and start playing.

As mentioned earlier, the popularity of the sport is still rising. Every day, tens of thousands of people all across the globe start following cricket, which is one of the main reasons why the sport’s fanbase boasts over 2 billion fans globally. Besides this, there are numerous other reasons why people love watching and indulging in cricket games.

Here are some of the major ones:

It Has Many Exciting Formats

Cricket is played extensively across the globe, and that too in numerous formats. Cricket features three main formats, namely Twenty-20 International or T20-Is (20 overs), One-Day Internationals or ODIs, and Test Matches. T20Is and ODIs are for fans who love watching short-form cricket games that present the outcome in a few hours.

However, there are some fans who love watching long and interesting matchups between prestigious teams, which is what test matches precisely offer. Thanks to the multiple formats that the game offers, there are matches for every fan to enjoy.

It is Simple and Easy-to-Understand

Even though cricket matches follow certain rules and regulations, they are not very complicated to understand. Hence, the sport has tons of fans. Moreover, since the game is simple and easy to understand, people belonging to all age groups enjoy the sport. This is one of the primary reasons cricket has such a massive global fan following.

Prestigious Cricket Tournaments are Held Throughout the Year

One of the main reasons why cricket has such a massive fan following across the globe is the wide range of tournaments and leagues that are held throughout the year to entertain the masses. For instance, when it comes to domestic tournaments, no other cricketing event is as big as the Indian Premier League, where multiple state teams featuring both national and international players compete against each other to clinch the trophy.

Similarly, international cricket tournaments like the T20 World Cup or the ICC Cricket World Cup (which is held every four years) also manage to grab billions of eyeballs all around the globe. All major cricket tournaments offer fans the perfect opportunity to witness cricket in all its glory.

Fans Love to Watch their Favorite Players Perform on the Field

Popular cricket players are treated as celebrities all around the globe. They make headlines not only for their performance but also whenever they appear for prestigious events such as award shows, functions, etc. Over the years, cricket has provided the world with many icons and superstars, including legends like Brian Lara, Sachin Tendulkar, Sir Vivian Richards, etc.

Even today, millions of fans tune in to cricket matches to witness their favorite players perform exceptionally on the field and cheer for them. This is another reason why cricket is watched and celebrated like a festival in different parts of the world, including India, Australia, England, etc.

Every sponsor wishes to maximize their profits by investing in an outlet that guarantees financial success, which is why cricket receives tons of attention from sponsors all around the globe. Multinational companies run after major cricket leagues and teams with massive sponsorship deals. Moreover, they also spend tons of money on marketing to ensure that the hype reaches every cricket fan, irrespective of their location.

Over the years, cricket has marched through numerous phases to stand at the high podium where it is at today. The popular sports form is still exhibiting an upward trend in terms of growth and popularity. Hence, it would not be wrong to say that cricket will continue to stay relevant for years to come.