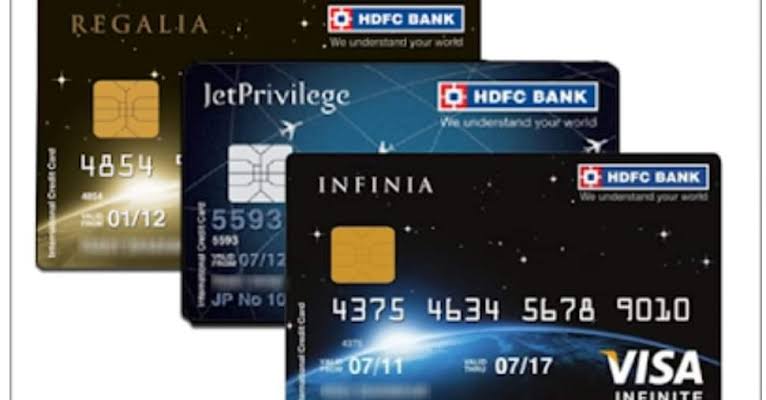 credit cards? How do they work? How do credit card companies make money? And most importantly, Should you be using a credit card? What are the pros and cons? In this article we have discussed all issues

But it’ll take 2-3 days to transfer the money. But you need to buy the smartphone before your class the next day. What other options are there?

How to use credit Cards?

In such situations, you can use credit cards to make the purchase immediately. And pay for it later. So essentially, a credit card is a card that helps you in purchasing things instantly. But you can pay for them later. At the end of the month.

Generally, if there’s enough money in your bank account, you withdraw cash and use it to make payments. The second option is to use a debit card. It is directly linked to your bank account. When you make a payment through your debit card, then the money is deducted directlyfrom your bank account and transferred to the other party.

But in a credit card, the bank makes the payment on your behalf. To whom ever you’re trying to pay. And then at the end of the month, you repay all the expenses of that month to the bank. You can take more than a month inrepaying the bank’s money.

Then the bank will charge high interest. Similar to a loan. So you can think of the credit cards a type of a ‘mini loan.’ Normally when you take a loan, you can get it in cash if you want to. But here, instead of a loan,the bank is giving you a plastic card. With your name and a unique number on it. So that the card can be uniquely identified. As well as the expiry date.

How is the payment being processed?

There are some payment processing companies. Like Visa and MasterCard. These two are the most popular companies. They basically provide the back-end infrastructure to facilitate credit card transactions. The bank issuing you the credit cards, are distinct from Visa and MasterCard. These two are only involved in the payment processing.

And there is a magnetic strip onthe other side of the credit card. As well as the CVV number. It is very important to keep it safe and secret. Otherwise, you may be a victim of fraud. Now, every credit card has a credit limit. The amount of money thatyou can spend with the credit card.

Without first paying the bank. If the limit is set at 30,000 Then you can’t spend more than 30,000 using that credit card. The credit limit varies from bank to bank. And the type of card you’ve bought. And the bank checks your salary. It checks your credit score.

And decides on your credit limit based on these. If the bank is assured that your salary is adequate that you can afford to pay back the bank then the bank will trust you more. And you get a higher credit limit.

What is credit card score?

Now, Credit Score is also an interesting concept. If you don’t make the credit card payments and loan repayments on time, then the bank will think that it will be quite risky to give you money. It’ll be unsure about when you’ll repay the advances, if at all.

Because the bank takes a risk while giving you a credit card or a loan, to judge this risk, the banking sector has created its grading system. It grades you. The score ranges from 300 to 900. And it is known as your Credit Score. If your credit score is between 750 and 900, then it is an excellent credit score. It means that the bank can trust you and the risk is very low. But if your score is around 300 – 400 then the bank can’t trust you at all.

So your credit score is calculated based on your previous track record. And on that basis, the bank judges if your credit limit should be high or low. In fact, whether or not to issue a credit card to you at all.

How will you benefited from using a credit card?

if you want to buy something immediately, but you want to pay for it later at the end of the month, you can. It helps to meet immediate expenses.

And if there’s a fraud, they can investigate it. If there’s actually a fraud, then they’ll get your money back. In India, if there’s any fraud with your credit card then the customer’s, i.e. your, liability is zero.

If you report the fraud within 3 days. So the risk of making payments is borne by the bank.

The third major advantage is the rewards that you get for using a credit card. The reward systems vary depending onthe bank and the type of credit card. In some, you may get cashback in others, you may get heavy discounts you may even get insurance in some.

But nowadays, almost every credit card comes with some sort of a reward point system. You can collect the points and can then exchange those points tobuy something expensive.

Which credit card is best for you?

To decide, you need to remember three main things.

1) First is the bank that will issue your credit card. Any reward point system, the fees charged by the bank and any hidden fees. These are mostly decided by the banks.

2)Second is which of the credit cards offered by the bank will you be using? There are more rewards for high-level credit cards. The insurances and points are also better. But they often have high fees as well.

And the third thing to remember is that which payment network is used in that card? As I said, Visa and MasterCard are the two most common networks. But apart from these, American Express,Diners Club and RuPay are also used.

But American Express offers better rewards. I told you that banks decide the reward point system mostly but to an extent, the payment networks also decide about the types of rewards on their network and the benefits to the credit cardholders.

As long as the MasterCard company does not comply with these guidelines. But overall, the various banks it’s equally interesting to note that all of them use a different proportion of MasterCard, Visa and American Express cards.

On this chart, you can see which banks use which payment network the most. Banks like RBL and Yes Bank use MasterCard exclusively; 100%. And then there are banks like Kotak that use Visa exclusively; 100%. Since we’re talking about banks, let’s look at things from the bank’s perspective as well.

How do these banks profit from credit cards?

The most simple way for the banks to earn money is by charging annual fees. To use some credit cards, you have to make yearly payments. Apart from this, there are many different types of fees charged by the banks. If you are not making timely payments, then a late fee will be charged.

If you want to withdraw cash from the credit card, then there is often an extra fee @ 2% – 5%. But friends, you’d be surprised to know that a large portion of these banks’ income actually is a result of people’s stupidity. Many people don’t pay their credit card bills at the end of the month.

If every person using a credit card, starts paying the bank on time then a major part of the banks’ profit will disappear. This is the reason why credit cards aren’t popular in some countries. In many European countries, credits aren’t used much because the mindset of the people is so that they make all their payments on time.

They don’t buy anything if they don’t have the money for it. People don’t really buy things on EMI in Europe. So credit cards aren’t very popular in Europe. As compared to countries like India and the USA.

Where people have the habit of buy things even when they don’t have enough money. That’s why in European markets,  alternative banks like N26 and Revolut are gaining popularity. They offer some of the functions of credit cards.

These banks issue their debit cards an annual fee is charged on some of them and those debit cards offer rewards likeinsurances and stuff. But the security that you get in a credit card is not offered here.

So they’re trying to offer some of the functions of credit cards. Similarly, some credit card ‘challenger’ companies  are gaining popularity in India as well.

Whereas a normal credit card’s repayment duration is normally 30 days. They claim that they do not have any hidden charges. This specific company, Slice, works only on Visa. It will be interesting to see how with time, the advantages offered by the credit cards the companies are trying to offer these through various channels in the future.

But if we talk of the present, the disadvantages of credit cards might already be evident to you. As I’ve said, if you don’t make the payments on time if you don’t pay your credit card bills on time, Then you’d have to pay heavy interest.

And fall into a debt spiral very quickly. Where once you don’t make the payment on time, then so much interest is charged that you end up paying a higher amount. You wait for a few more days and the amount increases further.

Soon, within some days, or maybe a few months, the amount may become so large that you can’t repay. I’ve also talked about the second disadvantage. There are many hidden fees on credit cards. So the question arises Should you use a credit card? Or should you not? The answer to it is very simple friends.

If you make timely payments of the credit card bills, then you can use it. On the other hand, if you use credit cards to buy things that you can’t afford, if you think that now I may not have the money, so I’ll use the credit card to buy it, and I’ll arrange the money from somewhere within 30 days, then please don’t use a credit card.You may fall into a debt trap.

Third, if you want to get a credit card because of the rewards, then evaluate the situation a bit. The various fees that you will pay to use that credit card, often the processing fee is around 2% -3%, and the reward that you’d get in exchange, would they actually be worth it?

Or are you still losing money? So you’ll have to calculate it a bit. Fourth, if you’re wary about paying online or anywhere else about falling for a fraud, then use credit cards in such situations to be safe

What is Network marketing in India ?

What is binary trading?