Up Election Schedule: The Election Commission has announced the Uttar Pradesh Vidhansabha Election 2022 (UP Vidhansabha Chunav 2022). Voting is to be held in Uttar Pradesh in 7 phases. Know from which date the nomination process will start for 403 assembly seats. Along with this, complete information regarding scrutiny, nomination, date of election and counting of votes. 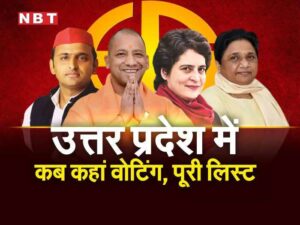 The dates for the Lucknow Uttar Pradesh Assembly Election-2022 (UP Assembly Election 2022) have been announced. The Election Commission announced the dates for the elections by holding a press conference on Saturday. Chief Election Commissioner Sushil Chandra informed that elections will be held in 7 phases in Uttar Pradesh. Voting will be held in UP under these phases on February 10, February 14, February 20, February 23, February 27, March 3 and March 7.

The election results will be out on March 10. The first phase will start from the districts of western Uttar Pradesh and gradually the caravan will move towards eastern Uttar Pradesh and end. This time also the elections in UP will start from West UP like last time. The last phase will be in Purvanchal. Voting will be held in 58 assembly seats in the first phase and 64 in the last phase.